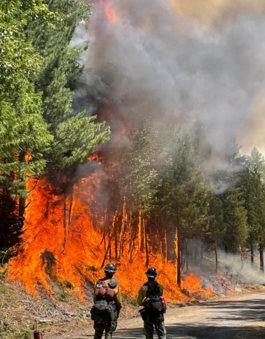 Swiss billionaire Hansjörg Wyss has spent tens of millions to transform the Montana landscape, but likely few Montanans have heard of him. Now the New York Times has a story out telling how Wyss has “quietly become one of the most important donors to left-leaning advocacy groups and an increasingly influential force among Democrats.”

Wyss, who lives in Wyoming, donated millions through his foundations towards creating the American Prairie Reserve in northeastern Montana and to a project to convert private timberlands in the Swan Valley to public lands.

The Montana media has said little about Wyss’s donations to Montana conservation causes, but the Great Falls Tribune did note in 2015 that the Wyss Foundation had given $2.5 million to the APR wildlife preserve project. The Tribune also noted that the conservative Daily Caller web site had reported that Wyss settled a sex-abuse claim brought by a former employee, while at the same time Wyss had given $5 million to Hillary Clinton's "No Ceilings" women's empowerment project.

A reserve spokeswoman told the Trib at the time there was no plan to return the Wyss money. "It's a tough situation all around," the spokeswoman said. "But we're trying to honor the foundation's wishes that this project become a reality independent of whatever may be happening in Mr. Wyss' personal life."

The Wyss Foundation also gave $35 million to the Montana Legacy Project, which eventually acquired over 300,000 acres of land in western Montana, mostly in the Swan Valley, and converted it to public lands.

While Wyss has focused much of his early attention on environmental issues such as those in Montana, in more recent years he has funneled a lot of his funds into dark-money groups that help Democrats and liberal causes, the New York Times said in its new report.

Wyss donated $208 million from 2016 through early last year to three other nonprofit funds that gave money various groups that backed progressive causes and helped Democrats in their efforts to win the White House and control of Congress last year, the Times said.

​​​​​​BOTH political parties had their share of winners and losers this election, but there was one clear set of losers: the pollsters.

Pollsters greatly underestimated the level of support for President Trump in many states – something that also happened in 2016, but didn’t get fixed.

Polling on Senate races around the country was even more off base. In the Maine U.S. Senate race, for example, incumbent Sen. Susan Collins trailed Democratic challenger Sara Gideon in every major poll. One had Collins 12 points behind. But she ended up winning by a 9-point margin.

The same scenario played out in Montana.

Same for the MSU-Bozeman poll, which gave Bullock a 2-point edge a couple weeks before the election. Likewise, that same poll gave GOP state Auditor Matt Rosendale a 48-46 percent edge over Democrat Kathleen Williams in their congressional contest, but Rosendale won by a 56-44 margin.

One of the few races that a Montana poll came close to getting right was the governor’s race. The MSU poll had GOP Congressman Greg Gianforte leading Lt. Gov. Mike Cooney leading 47 to 42. Gianforte actually won by more than 12 points, but that was still more than the poll's 3,9 percent margin of error.

The MSU-Billings poll had Gianforte and Cooney in a dead heat at 45 each.

From July 1 until Election Day, 17 polls took the pulse of Montana voters, and virtually all of them declared the Senate race a neck-and-neck affair. Some said Bullock was leading by as much as 4 points. Only one pollster, Emerson College, came close to getting a true measure of the sentiment of voters, having Daines up by 6 points in one and 9 by another.

In an interview aired Sunday with GOP and Democratic strategists Ashlee Strong and Eric Stern, MTN’s Jay Kohn asked about the polls. Both Strong and Stern said private polls done for the parties and candidates have been a lot more accurate than public polls, particularly those done by Montana's universities. What's the point, they agreed, in having taxpayers fund polls that have been so far off the mark in several election cycles?

Update: MTN's Mike Dennison has done a story in which he asks how the pollsters "missed the mark so badly." Possible factors, according to the analysts and pollsters he talked to: Many GOP voters are reluctant to talk to pollsters as they see them as part of the liberal media, or the polls used faulty methodologies that didn't adjust for the number of GOP voters there are in Montana. Another possibility: the unexpectedly large turnout worked to the advantage of the GOP -- and wasn't factored into poll possibilities.

UM political scientist Rob Saldin noted that the internal polling done by campaigns was closer to the mark. Still, Saldin said, they were "every bit as surprised – not necessarily in terms of who won, but by the huge margins that we saw the Republican candidates win by.”

All but 1 of 5 injured firefighters released from hospital

Temperatures to moderate a bit, with possibility of some showers

Thick haze in sky may keep temperatures from soaring

The work of splitting Montana into 2 congressional districts starts again

MT farmers and ranchers plagued by hordes of grasshoppers

Flathead cherry growers optimistic as this years harvest kicks off

Billings ranks No. 1 in nation for appeal to remote workers

Cats, Griz will both play on games telecast on ESPNU this fall

This Fourth of July demands extreme caution from Montanans

Crickets from the media over lack of transparency from judicial branch

We're in a strange place when it comes to masks

Bullock: GOP has delivered a setback plan, not a comeback plan

Crow Tribe re-enacts the Battle of the Little Bighorn

Did keno start in Butte? The answer is complicated

The War of the Copper Kings between Clark & Daly shaped Montana

Foreigner to perform in Billings in June, Butte in September

Under the Big Sky Festival slated for Whitefish July 17-18